The Triborders Intergroup of English language AA groups includes groups from Belgium, Luxembourg and Germany. It was decided to hold a Convention in Ostend, Belgium in 1989 modeled on a convention organized by the English language Netherlands Intergroup the year before to give members of local groups a chance to experience a greater AA world.
The Triborders convention became known as the North Sea Convention (NSC) the next year and is today held at the Vayamundo in Ostend, a quality, low-cost family vacation beachfront hotel.
It is located on the North Sea Coast beach easily accessible by public transportation including the coastal tram line, the longest tram line in continental Europe.
It is an English language AA convention with Flemish/Dutch AA and Al-Anon invited to participate. The NSC has often been the largest English language AA Convention in continental Europe with at times up to 500 participants during the weekend.

In recent years, participants have awakened on Saturday morning to discover a huge AA symbol sculpted in the beach sand in front of the hotel. Who creates the Circle and Triangle symbol remains a mystery.
You have to come and participate in the NSC to find your answer!

Some of the things to expect:

An Attitude Of Gratitude

A Prescription For A Miracle

Easy Does It But Do It

Half Measures Availed Us Nothing

To Thine Own Self Be True

Acceptance Is The Answer

A We Program Of Service 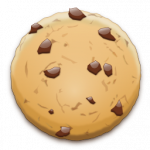 This website uses cookies to improve your experience while you navigate through the website. Out of these, the cookies that are categorized as necessary are stored on your browser as they are essential for the working of basic functionalities of the website. We also use third-party cookies that help us analyze and understand how you use this website. These cookies will be stored in your browser only with your consent. You also have the option to opt-out of these cookies. But opting out of some of these cookies may affect your browsing experience.
Necessary Always Enabled
Necessary cookies are absolutely essential for the website to function properly. These cookies ensure basic functionalities and security features of the website, anonymously.
Functional
Functional cookies help to perform certain functionalities like sharing the content of the website on social media platforms, collect feedbacks, and other third-party features.
Performance
Performance cookies are used to understand and analyze the key performance indexes of the website which helps in delivering a better user experience for the visitors.
Analytics
Analytical cookies are used to understand how visitors interact with the website. These cookies help provide information on metrics the number of visitors, bounce rate, traffic source, etc.
Others
Other uncategorized cookies are those that are being analyzed and have not been classified into a category as yet.
SAVE & ACCEPT
Powered by